For A Free 7-Day Trial To Energy Country Review 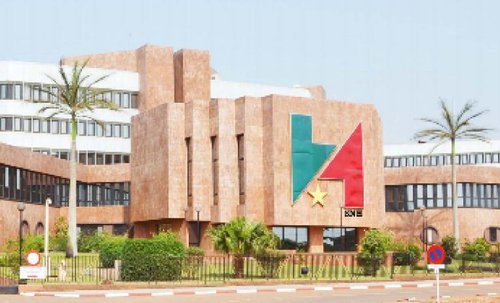 The National Hydrocarbons Corporation of Cameroon (SNH) is a public industrial and commercial company with financial autonomy. It was created on 12th March 1980 and has its head office in Yaoundé.

Oil prospection began in Cameroon in 1947. The first commercial discoveries were made in the Rio Del Rey basin in 1972, but the country became an oil producer only in 1977, when Kole field was put on production.

Production reached the record level of 186 000 barrels per day in 1985. However, beginning 1986, when the "oil price collapse" occurred, it began to decline. Faced with this situation, incentive measures aimed at reviving exploration/production activities were taken by the State as from 1990.

Thanks to these measures and efforts made by SNH to check the decline, international oil companies have been showing renewed interest in Cameroon's mining domain.

SNH promotes, develops and monitors oil and gas activities throughout the national territory. Within this framework, the company works in association with international oil companies, ensuring notably compliance with all regulatory texts as well as control of production costs. In addition, SNH is a full oil operator, after putting on production of the Mvia field, which the company has been operating since 2009.

Activities are carried out within the framework of investors associations comprising SNH, which is the State’s Representative, and oil companies. In each association, one of the members, called operator, is appointed to conduct the activities on the field.

SNH set up a mapping portal in 2017, known as GeoSNH. It’s a software package for the storage, processing, analysis, search and sharing of geographic and map data.

GeoSNH also gives access both to simple information such as location of a permit, a concession, a well or a field for instance, as well as more detailed information such as distance measurement, surface area calculation or access to documents related to a well.

The Centre, which is built on a surface area of more than 4000 m² in the outskirts of Douala, is being equipped. It will permit the compilation, in a single location and under the required conditions, of Cameroon’s heritage, notably samples from oil and gas wells, seismic data and well logs which can be analysed in order to improve knowledge of the prospective areas of Cameroon's mining domain.

SNH and its partner Perenco, grouped under the Sanaga South Association, have put on production the natural gas reserves of Sanaga South field, which supply the thermal power plant constructed in the seaside town of Kribi, with an initial capacity of 216 MW. The plant represents about 20% of Cameroon's energy capacity.

Gas supply to the power plant is ensured without incident since 25th February 2013, via a gas pipeline constructed and operated by SNH. The volumes supplied fully meet the needs expressed by the plant operator for electricity generation.

The Logbaba Association, comprised of SNH and its partner Gaz du Cameroun, has put on production the natural gas reserves of the eponymous field, located in the outskirts of the economic capital Douala, in order to supply industries in the Bassa and Bonaberi areas with clean energy, cheaper than fuel oil or diesel. As at 1st January 2018, 38 of the most important industrial companies have converted their burners and now use natural gas as a source of energy. The gas distribution network is being extended to permit the connection of other industries. The network extends over some fifty kilometers.

The CGA was set up in 2005, at the instigation of SNH, in order to create a synergy, profitable to the development of national gas resources. It brings together all stakeholders of the sector in Cameroon (upstream and downstream).

Main objectives of the CGA: