VAALCO Energy today announced that, in conjunction with its 2021/2022 drilling program planned to begin later this year, it has executed a contract with Borr Jack-Up XIV Inc., an affiliate of Borr Drilling Limited, to drill two development wells and two appraisal wellbores with options to drill additional wells. The contract provides, among other things, that the drilling rig can be on location as early as December of this year, with the exact timing dependent on other commitments related to the rig. 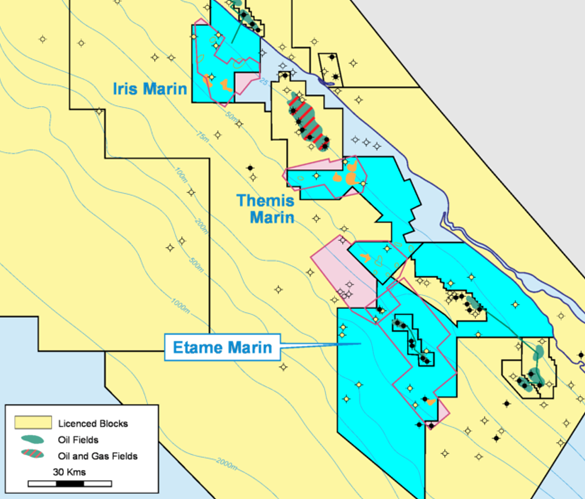 VAALCO is an established operator within the region, holding a 58.8% working interest in the Etame Marin Block, located offshore Gabon, which to date has produced over 120 million barrels of crude oil and of which the Company is the operator.

George Maxwell, Chief Executive Officer, commented,
“We continue to work with our joint owners at Etame on our shared goal of executing another successful drilling campaign that can significantly add production and reserves. Success on all four wells contained within the drilling campaign could result in an increase in production of 7,000 to 8,000 gross barrels of oil per day and significant reserve additions of up to 10.2 million barrels of oil for the two appraisal wellbores that would be converted from resources into 2P reserves at year-end 2022. We are excited to get our next drilling campaign underway later this year.”

Maxwell continued,
“With the benefit of our hedging program, our capital commitments over the next 12 months are expected to be fully funded through our cash flow and cash on hand. Additionally, we have several initiatives underway geared toward maximizing our netbacks. We remain firmly focused on maximizing shareholder returns while we continue to progress our refreshed strategic objectives to deliver accretive growth.”