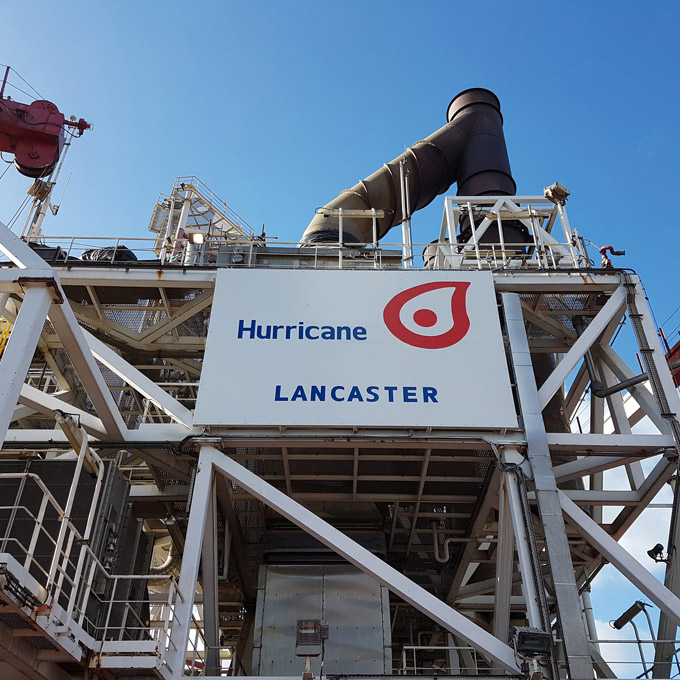 Hurricane Energy today announce the approval of the Lancaster Field Development Plan Addendum (the "FDPA") by the UK's Oil and Gas Authority (the "OGA").

The FDPA approval, together with associated production, flare, and vent consents, enables production with the flowing bottom hole pressure up to 300 psi below the bubble point pressure of the fluid (1,605 psia at 1,240 metres TVDSS), subject to the Company ensuring that no incremental liberated gas is produced to surface.

The initial consent is for a three-month period from 16 June 2021 to 15 September 2021. Production, flare, and vent consents will be issued on a three-monthly basis. The Company will regularly provide the OGA with data to demonstrate conformance with the consent conditions.

In line with the FDPA, the Company will ensure that no incremental liberated gas is produced to surface and commits to choking back or shutting in any well which may produce incremental gas liberated due to below bubble point production.

The approval of the Lancaster FDPA satisfies a key condition of the Company's proposed financial restructuring, as originally announced on 30 April 2021.

Antony Maris, CEO of Hurricane, commented:
"I would like to express my thanks to the OGA technical and management teams for the open-minded approach they brought to these discussions. This approval, whilst not having any immediate impact on the reservoir performance of the Lancaster field, will assist with longer term reservoir management, enabling us to optimise the field's performance. Approval now, while we still have some months before we reach bubble point, will allow both us and the OGA to establish base line performance and to test the three-month approval process."